Thermal cameras detect radiation in the range of the electromagnetic spectrum of 8 to 15 µm and produce images of that radiation. The amount of radiation emitted by an object is proportional to its temperature, so thermography allows us to see variations in temperature in the scene even without visible illumination. This makes these cameras useful for a wide range of applications, including search and rescue, firefighting, inspection, precision agriculture or any other technical studies in which object temperature is relevant.

Thermal imagery can be processed in order to generate an orthophoto map (for precision agriculture apps for example) or can be streamed as a real time video to the ground control station (for firefighting apps for example). 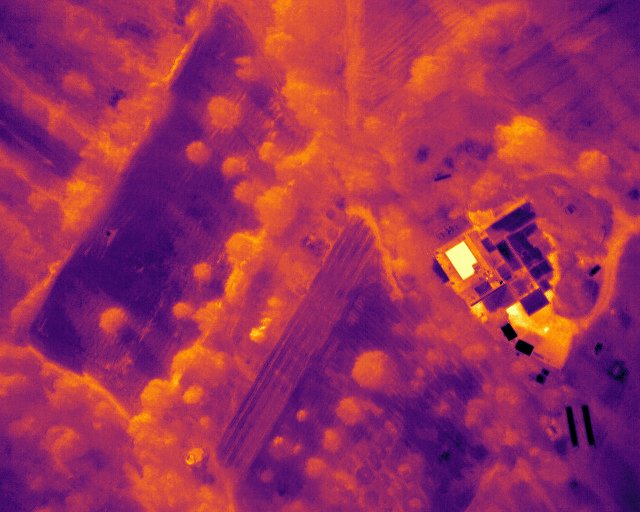 Having acquired a thermal image of an object doesn’t mean that you will be able to know the temperature of an object. To retrieve it the thermal imagery must be calibrated and the emissivity of the object must be known.

Thermographic cameras used in our drones have a lab calibration that allows us to get real temperatures, but if more accuracy is required we can also set up calibration target points in the field to properly correct atmosphere effects.